A downloadable game for Windows and macOS

A game made as a submission for the Community Game Jam

Explore the ethereal world of Adorno as Orion the wisp, travel through a land of vibrant foliage, multi-coloured slimes and discover your supernatural wil-o-powers!

A large portion of the development was made live on the Rorius YouTube channel!

Windows: Extract the zip file and run Wispeare.exe, it's as simple as that ;)

Can you please make a Mac build?

Ok, I've added a mac build, but I have no way of testing it heh :P

Unity Mac builds usually work nice out of the box (including this time). Couple things to be aware of:

1. Mac resolution is 2560x1600 (very high), some games that play in full-resolution (and provide no settings) lag a lot because of this. Your game works perfectly fast/smooth though.

As for game itself: quite nice. Some criticism:

I decided not to worry about things like gamepad support for the jam (having never added gamepad support to a project before heh). even without that kinda thing I was up all night getting last minute features added before the deadline (where I live, the deadline was at 7am so I basically pulled an all nighter the last night)

The mouse thing was a left over issue cause by the fact I had originally intended to make the 'attack' the player could do a directed projectile with a bit more reach. By the time we had changed direction we didn't really have time to rework the attack (will most likely be something that changes if/when we re-release the game post-jam)

Whereabouts are these free passages? I don't know if I entirely know what you mean.

The colour of the player indicates how much health you have, if you die immediately it will be because you were already nearly dead and you got hit one last time.
If you were the original bright blue colour when you died then that would be a bug that somehow slipped through.

Thanks for taking the time to outline everything, I appreciate your help :)

Whereabouts are these free passages? I don't know if I entirely know what you mean. 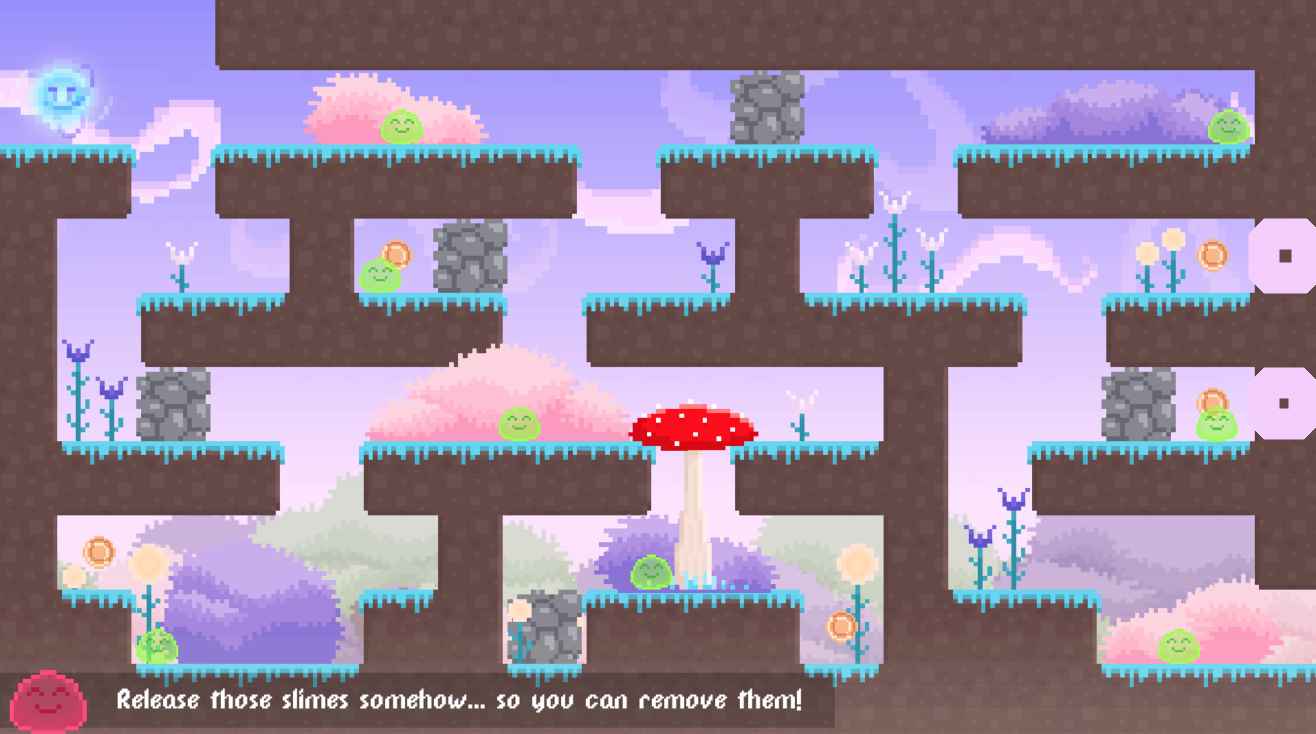 There is no "free" passage on your screenshots, so not to replay the game I sketched what I mean. On the picture above, if there was no blocks on the right (which I erased with pink) then it will be confusing. And it happens in some rooms/screens.

The colour of the player indicates how much health you have, if you die immediately it will be because you were already nearly dead and you got hit one last time. If you were the original bright blue colour when you died then that would be a bug that somehow slipped through.

Ok, I just played through the game myself and compiled screenshots of all the levels, would you be able to point out what you mean in whichever level is applicable? I cannot see an area that contains these free passages you've specified.
Screenshots

Hmm, that shouldn't be happening, I'll have to look closer at how the damage works (I never came across this happening in testing)
I will add, you do keep any damage you take between levels, if you die immediately in one level you might have been hurt in the former?
Nevertheless I'll take a closer look to see if I can replicate (/ find someone who can replicate) the issue and find a fix.

Thanks again for all of your help :)

Thanks, I'm glad you liked it :D

The game is great in every way, Congrats!

Aww, thank you :P
(You call me wholesome, but you're just as wholesome hehe)

Aweome, let me know what you think once you give it a try!

Beautiful art. I love the trees.

I'm glad you like them, all the art was done by ohbabyitsdamien (he's really good at it hehe) 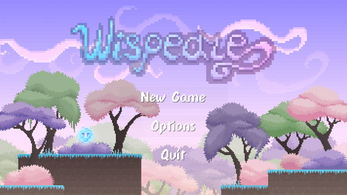 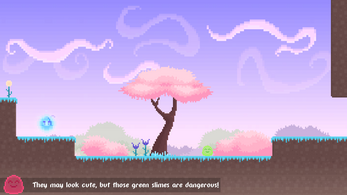 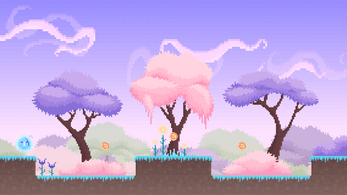 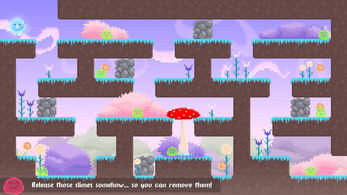 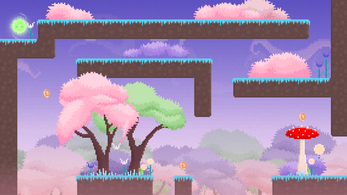 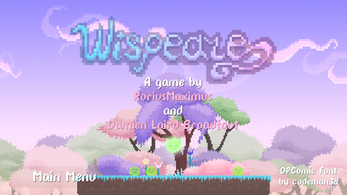